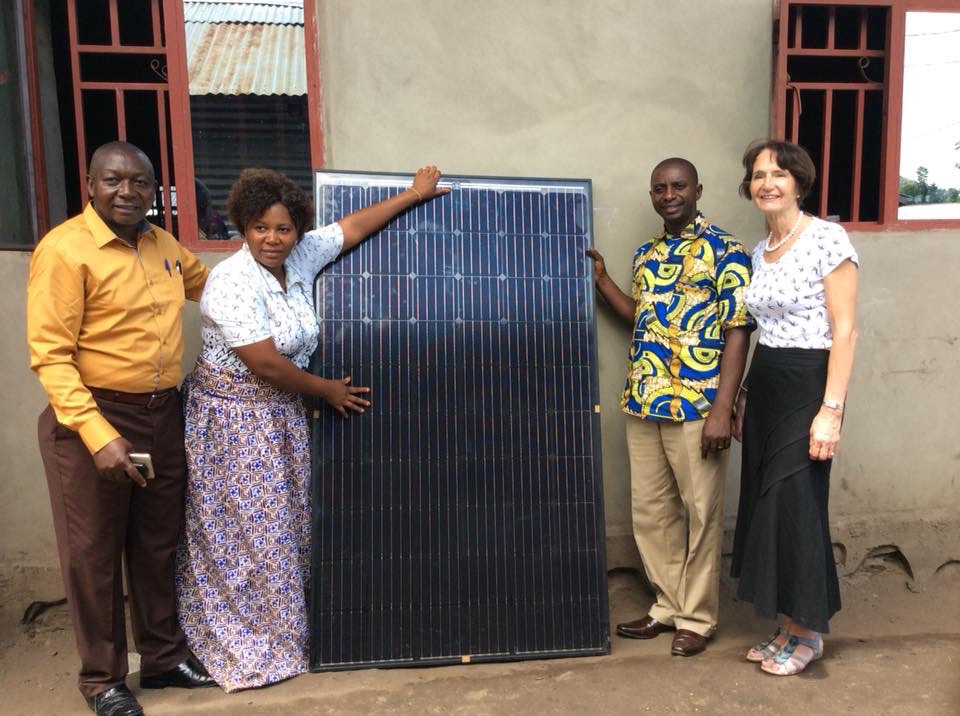 Having established the Philippines and Uganda work, in October 2014 we made an exploratory visit to the town of Kasindi, just across the border from western Uganda. Our criteria were that there was a faithful and stable leader in place, the location was safe enough for teams to visit and, at the same time, needy enough to warrant the building of a health centre.

We met Pastor Alexandre’s daughter, Nurse Glorieuse, and found she demonstrated considerable expertise and capability. She was undertaking general clinics as well as delivering babies and often sleeping on the floor next to women in labour. A true servant.

Many children were coming to Kasindi dying of malnutrition and we realized that before providing health we need to provide food. A few weeks later with the cooperation of the local church we were able to start a feeding program providing meals for the 100 worse cases three times a week.

The influx of displaced people from terror-stricken villages created many problems and we were concerned to see many children unschooled and hanging round in the streets. We discovered a few teachers among the displaced communityand recruited them to give some schooling using church buildings at available slots during the week.  They have subsequently constructed purpose-built classrooms and begun to follow the national curriculum.

Many of those who fled rebel slaughter lost everything and have no work. So, we have created farming projects, giving them parcels of land and some tools which will enable many of these families to become self reliant once more.

Working with Imagine If Charity, we built a clinic which we opened in November 2018, and during 2019 it has treated over 2,000 patients and overseen 60 deliveries.

EMR4DW (Electronic Medical Records for the Developing world) furnished the clinic with an IT system.